Rhabdomyolysis is a pathological condition of skeletal muscle cell damage. It is caused by direct or indirect injury of the muscles. It occurs due to the death of muscle fibers and discharge of their contents into the bloodstream. Rhabdomyolysis can result in adverse complications such as renal failure. When the kidney is damaged, it means that it cannot excrete concentrated urine and waste. In rare occasions, rhabdomyolysis can cause death. However, immediate treatment of this condition usually yields good outcomes. There are many non-traumatic and traumatic causes of rhabdomyolysis. Some of the most common traumatic causes of rhabdomyolysis include road accident, electrical shock, fall, venom from a snake, and long-lasting muscle compression resulting from prolonged immobilization after lying unconsciously on a hard surface or from a fall.  Non-traumatic causes may include alcohol abuse and other illegal drugs including amphetamines, cocaine, or heroin, extreme muscle strain, medications such as statins and antipsychotic when given in high doses, seizures, myopathy bacterial and viral infection (Zutt et al. 2014).

Assessment of rhabdomyolysis involves examination of myoglobin levels. It also involves the assessment of serum creatine kinase and pain in the muscles.

The physician will look the larger skeletal muscles of the patient’s body especially which ache to check for tenderness. The physician will also carry out blood and urine test to confirm the diagnosis of rhabdomyolysis (Reid & Malata, 2016). The following diagnostic tests can be carried out to determine levels of:

High levels of these substances is a sign of rhabdomyolysis.

Exercising within a suitable temperature

Khan and his colleagues argue that individuals should take care not to exercise at extreme temperatures regardless of whether it is cold or warm (2017). However, the burden of the entire body is too large in temperatures below zero or excessive heat. In addition to circulatory complications, development of acute illness, and inflammation of airways, these extreme circumstances indicate that the body is unable to tolerate the training stimuli. This can result in a breakdown of striated muscles.

According to a research study carried out by Keltz and his colleagues on drinking plenty of fluids before and after a strenuous exercise is demonstrated to prevent rhabdomyolysis (2015). This helps to dilute the urine and facilitate elimination of myoglobin which may have been released by the muscles during exercise.

Studies have shown that training while under drugs, alcohol or other strong medication should be no-go for athletes (Henderson, 2016). These drugs not only pose more dangers to the health of individuals but also increases the risk of developing rhabdomyolysis.

Studies have shown that better patient outcomes can be achieved through comprehensive health education (Chavez, Leon, & Varon, 2016). Programs focusing on reducing the prevalence of rhabdomyolysis need to be developed to create awareness among the population. Implementation of these programs will require an interdisciplinary team approach to unleash its success. Patients should also be under the care of a specialist who can monitor rhabdomyolysis

Drinking enough is the first level of prevention of rhabdomyolysis. These fluids may be IV fluids which should contain bicarbonate which helps to eliminate myoglobin from the kidney. Studies have shown that IV fluids help to prevent rhabdomyolysis.

The physician may prescribe a patient with medications such as diuretics and bicarbonates to help the kidneys to function properly. Administering a patient with bicarbonates helps the body to eliminate myoglobin from damaged muscle cells (Coste et al. 2018).

If acute renal failure and kidney damage have already started, the patient may need to receive dialysis. During dialysis, a person’s blood is cleaned in a special machine to remove waste products (Brede & Lane, 2016).

For a patient with rhabdomyolysis, health promotion measures need to be put into considerations to minimize the progression of the disease and prevent future complications. Different actions need to be put in place to improve the health of the patients. Modifications of the lifestyle of an individual will have a considerable impact on the health of the patient. For instance, drinking a lot of fluids and avoiding strong drugs will help to manage the condition. 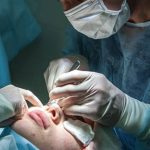 What We Have To Do As Healthcare Professionals 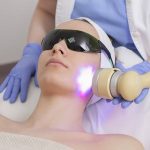