Glomerular lesions are caused by situ formation of immune complexes or glomerular deposition. The size of the kidney may increase up to 50% on gross appearance. The histopathologic changes associated with this condition include infiltration with polymorphonucleocytes and swelling of the glomerular. Immunofluorescence can be used to detect deposition of immunoglobulins and complement. The exact triggers of these immune complexes are unclear; however, derivatives of streptococcal proteins have been reported trigger the immune complexes. Streptococcal neuraminidase may alter the immunoglobulin G of the host. When this immunoglobulin complex is formed, they collect in the glomeruli (Davin et al. 2014).

In chronic glomerulonephritis, the patient may develop kidney failure which is characterized by the following symptoms: muscle cramps at night, dry, itchy skin, insomnia, nausea and vomiting, lack of appetite and fatigue.

Nephrotic syndrome is a kidney condition which causes the body to release too much protein in the urine. This disorder usually results from damage of clusters of small blood vessels in the kidney which filter excess waste from the blood. On the other hand, the nephritic syndrome is a kidney disorder characterized by inflammation of the glomeruli and renal dysfunction (Meyrier & Niaudet, 2018). 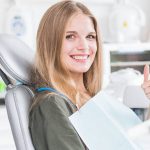 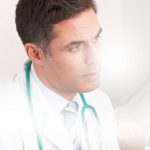